Summary: “Columbus Day” is a holiday that invites us to reflect on another source of pervasive racism in our health system – the debt that arises when health insurance is absent or inadequate. This problem would be resolved with, yes, single payer.

The racial implications of medical debt: How moving toward universal health care and other reforms can address them, Brookings Institute, October 5, 2021, by Andre M. Perry et al.

[R]oughly half of all collections tradelines are due to medical bills, affecting nearly one in five consumers in the credit reporting system. … In 2007, at least 62% of bankruptcies were, at least partially, attributable to medical debt. Even after the advent of the Affordable Care Act in 2010, that number has not decreased significantly. 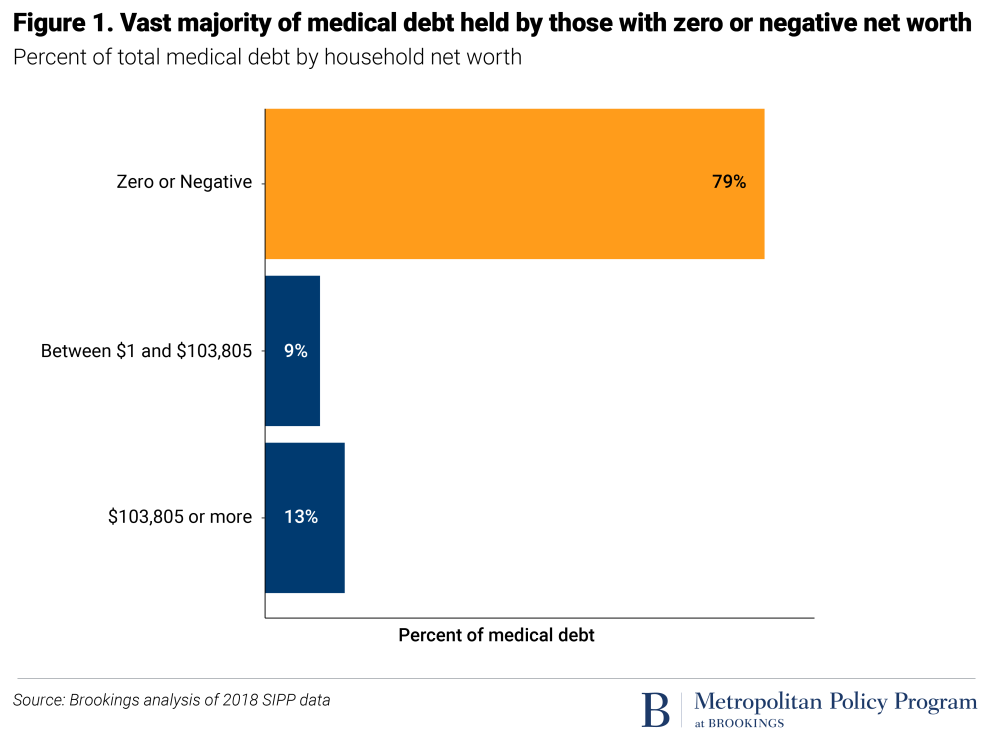 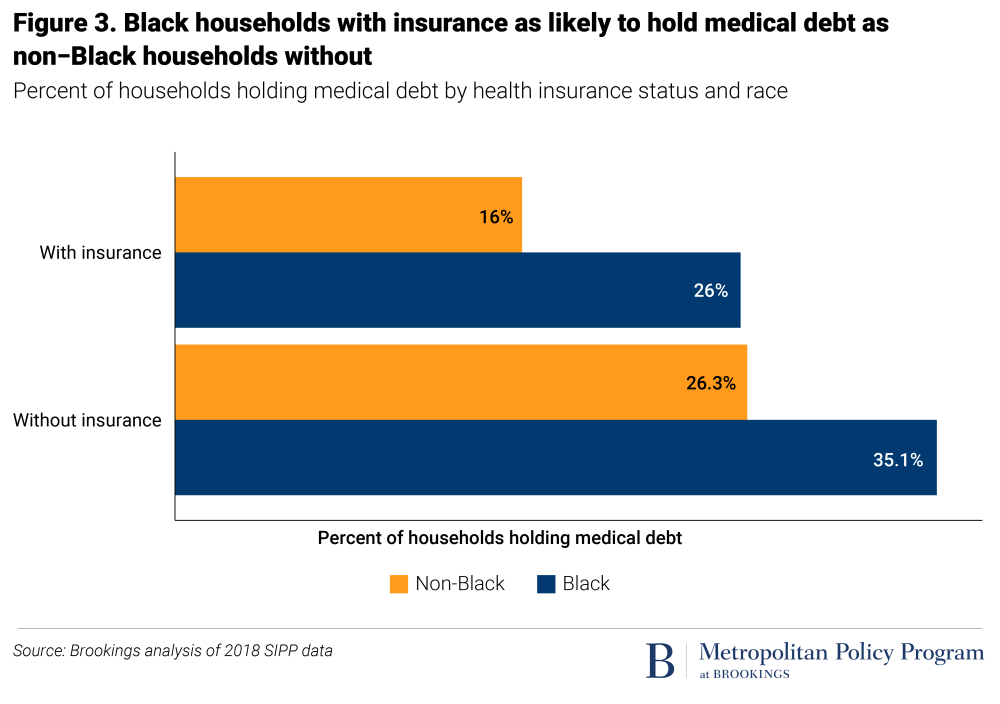 Today is still officially designated “Columbus Day” despite the racist implications of naming the “discovery” of this continent for a European who arrived to find inhabitants already quite aware of its existence. Thus started racism in our land.

Racism permeates our systems. Recently I wrote in HJM about two reports on racism in health. In this post I add a third: medical debt.

The Brookings Institute examined census data and found that medical debt rates are far higher among Blacks than Whites. This is related to a greater chance of being uninsured, but even insured Blacks are as likely as uninsured whites to hold medical debt.

Who’s got this medical debt? Almost entirely people with zero or negative net worth. Not people who can afford it.

The Brookings authors mention single payer as one potential solution to these problems. We think single payer is the only reasonable option that meets their own prescription that “American health insurance systems need a radical restructuring.”