Rep. Paul Ryan of Wisconsin, the Republican chairman of the U.S. House Budget Committee, unveiled two proposals this week which if enacted would constitute a mortal threat to our nation’s health – particularly to the health of our seniors and our most vulnerable populations.

The first proposal, Senate Joint Resolution 10, would amend the Constitution by imposing rigid and arbitrary restraints on federal spending. The second, his fiscal year 2012 federal budget resolution (misleadingly and eerily called “The Path to Prosperity”), would essentially kill the Medicare program and gut Medicaid, among its other nasty effects.

Both proposals should be emphatically rejected.

Ryan clearly has health care on his hit list. He stressed the problem of health care costs during his final testimony to President Obama’s bipartisan National Commission on Fiscal Responsibility and Reform last December. He said then that he would borrow pieces of the commission’s report for the federal budget, but his latest proposals are in fact much more radical.

The Deficit Commission report stated that if the national health law did not control health care costs, then that ought to trigger more drastic changes in health care spending. Rather than wait for a trigger, Ryan is moving full steam toward the dismantling of our public health programs for the poor and elderly, and the creation of an even more fragmented, privatized and dysfunctional health care landscape than we have now.

Seniors to join the growing ranks of the under-insured

Ryan would change Medicare from a guaranteed benefit program to a limited spending program which pushes more seniors into the private market. Similar to the new federal health law, seniors would be given a defined amount of money that they could use to purchase private insurance on an exchange. Such subsidies are expected to grow more slowly than overall health care costs, so that as insurance premiums rise, seniors would be pushed into skimpier plans that would leave them unable to afford needed care and financially vulnerable should they have a serious accident or illness.

The dismantling and privatization of Medicare, which would be completed by 2022, would actually lead to higher overall health care costs and poorer health for our Medicare population. Health care costs would be higher because of the added private-insurer expenses of profit and inefficient administration. For example, Medicare Advantage plans, run by the insurers, currently cost about 10 times more to administer than the traditional Medicare program.

It is also possible that increased cost-sharing in the form of higher co-pays and deductibles would cause seniors to delay or forgo necessary care leading to greater costs on the back-end for a greater number of and lengthier hospitalizations. (In a darker, bone-chilling moment, one economist recently remarked that delayed care leading to early deaths results in reduced U.S. health spending.)

Further privatization of Medicare will also increase the fragmentation of our health care financing, which will weaken the program’s ability to negotiate fair prices for goods and services.

Ryan describes this change as similar to Medicare part D, for which he voted in 2003. This is another scary thought. The result of Medicare part D was greater confusion and obstacles for seniors, a huge new burden on taxpayers, and windfall profits for the pharmaceutical industry.

Medicaid will shrink in a time of growing need

Regarding Medicaid, Ryan proposes to change the federal portion of the program’s funding to block grants. This means that rather than deciding what part of the population qualifies for Medicaid and adjusting the amount of money allocated based on need, as we do now, states will instead receive a defined lump sum to use as they see fit.

This approach is misleadingly marketed as providing states with greater flexibility. However, Ryan also wants to cut Medicaid spending by $1 trillion over the next 10 years, which will effectively eliminate the Medicaid expansion envisioned under the federal health law and impose even more severe limitations on the number of people and services that will be covered.

In times of growing unemployment and poverty, with more people needing Medicaid, there will be fewer dollars and no guarantee that people will be able to enroll. This will effectively leave millions of our most vulnerable citizens unable to receive necessary services, leading to increased suffering and deaths.

Ryan seriously suggests that those who qualify for Medicaid should be put into the private insurance market in the mistaken belief that this will provide greater choice and cost efficiency. But this is ludicrous, given the well-known track record of the private insurers.

Ryan does get one thing right: he correctly observes that health care costs are intimately tied to our nation’s budget problems. Health care expenses are expanding way out of line with our economic growth. And yet for all of this spending, a third of our population is either un-insured or under-insured, the medical bankruptcy rate is high, and our health outcomes are relatively poor.

What Ryan fails to understand is that Medicaid and Medicare are not the cause of our rising costs, but rather are the victims of our broken health care system. Medicaid and Medicare costs are actually rising more slowly than our private sector costs. For more on this, see this summary from a congressional briefing on Medicare and the deficit.

Ryan’s plans mirror the austerity measures being pushed in many states across the country and represent an escalation of the worst proposals put forth by the bipartisan Deficit Commission. These growing threats to our social programs require that we step up our defense of the public health infrastructure and make an even louder case for an improved Medicare for all.

As for Ryan’s proposal for a constitutional amendment to cap federal spending, one wonders how much of it is driven by political grandstanding.

S.J.Res.10 would limit federal spending to 18 percent of the gross domestic product, something that hasn’t occurred since 1966. (It’s currently around 24 percent of GDP.) This may sound like a laudable goal until one realizes that during an economic downturn, as we are currently experiencing, there is a much greater need for government spending on programs such as food stamps, unemployment benefits and public health insurance.

A new, arbitrary ceiling on federal outlays could prove disastrous. Noted economist Joseph Stiglitz makes the case that a temporary increase in investment in public prog
rams is required in a downturn in order to make economic recovery possible.

Rep. Ryan hinted at his true agenda during the final meeting of the Deficit Commission when he said that he liked discretionary caps. Significantly, his constitutional amendment would exempt military expenditures in times of war (a seemingly permanent condition for the U.S. today) from such caps.

Greater urgency to protect our right to health care

Section 4 of S.J.Res.10 is also a matter of concern, particularly for single-payer advocates. It states that any bill that raises taxes or imposes a new tax may only pass with a two-thirds majority vote in Congress. Because a national single-payer program would replace current health spending on insurance premiums and out-of-pocket expenses with a new, equitable, and progressive system of taxation to finance universal care, this undemocratic amendment would constitute another obstacle to enacting an improved Medicare for all.

Yet it is precisely single payer that’s the solution to our health care and economic crises: an improved and expanded Medicare-like system that covers everyone. This will achieve the goals of a universal, comprehensive health system which controls our health care costs, relieves businesses of the burden of providing health care coverage and provides a framework within which quality of care and health outcomes will improve. My testimony and that of others presented to the Deficit Commission last summer made that argument.

It is imperative that we take a strong stance to end this assault on our health. Speak to your elected officials today. Tell them to reject Ryan’s proposals. And tell them you want a real solution to our health care crisis: single-payer national health insurance as embodied in H.R. 676.

Margaret Flowers, M.D., is congressional fellow at Physicians for a National Health Program. 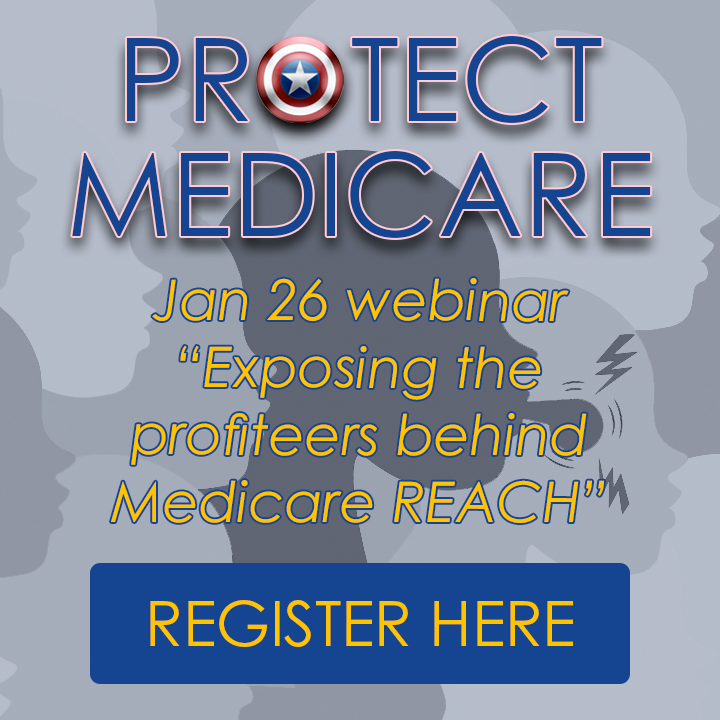