PNHP Board of Directors and Staff

Dr. Phil Verhoef is an adult and pediatric intensivist and Clinical Associate Professor of Medicine at the John A. Burns School of Medicine at the University of Hawaii-Manoa. As a single-payer advocate, he is the current president (and a national board member) of Physicians for a National Health Program; past president of the Illinois Single Payer Coalition; past president of the PNHP-IL chapter; and was faculty advisor for the University of Chicago Pritzker School of Medicine SNaHP chapter since its inception, prior to moving to Hawaii in 2019. His health care reform and single-payer-related publications include letters, op-eds, and editorials in the Annals of Internal Medicine, Chest, the Chicago Sun-Times, the Springfield Journal-Register, and kevinmd.com.

Dr. Verhoef completed medical and graduate training at Case Western Reserve University, followed by residency in internal medicine and pediatrics at UCLA and subspecialty ICU fellowship training at the University of Chicago. He has led an NIH-funded research lab studying the immunology of sepsis in the ICU and his scientific work has been published in Nature, PNAS, AJRCCM, AJRCMB, JCI-Insight, and the Journal of Immunology. Dr. Verhoef is interested in improving the care of septic patients through a precise understanding of their immune systems in response to infection, using a range of translational and “big data” methodologies.

Dr. Diljeet Singh is a women’s health advocate, an integrative gynecologic oncologist, and the vice president of Physicians for a National Health Program. She has been practicing since 1999 and recently joined Virginia Oncology Associates in Norfolk, VA.

Dr. Singh received her medical degree from Northwestern University and master’s degree from the Harvard School of Public Health. She completed an obstetrics and gynecology residency at the Johns Hopkins Hospital and a gynecologic oncology fellowship at the MD Anderson Cancer Center. She also completed a doctoral degree in public health on cost analysis at the University of Texas School of Public Health and an associate fellowship in integrative medicine at the University of Arizona.

Dr. Singh has been a member of PNHP since 2008 and has previously served as a national board advisor and as president of the Illinois chapter.

Dr. Claudia Fegan is the national coordinator of Physicians for a National Health Program. In her current and past leadership roles in PNHP she has appeared on national television and radio programs on behalf of the organization, and has testified before congressional committees on a wide range of health care issues. She has lectured extensively to both medical and community audiences on health care reform in the U.S. and Canada, and is a co-author of the book “Universal Healthcare: What the United States Can Learn from the Canadian Experience” and a contributor to “10 Excellent Reasons for National Health Care.”

Dr. Fegan is Chief Medical Officer of Cook County Health. She is also a past president and board member of the Chicago-based Health and Medicine Policy Research Group. In 2016, Modern Healthcare named Dr. Fegan one of “10 Minority Executives to Watch,” noting her achievements in the medical profession and her single-payer activism. She is the 2017 recipient of the Paul Cornely award from the Physicians Forum.

Dr. Ed Weisbart is a national board member of Physicians for a National Health Program, and also chairs the Missouri chapter of PNHP. He is an assistant professor of clinical medicine at Washington University in St. Louis. He volunteers in a variety of safety net clinics and other non-profits across the St. Louis area, and as a volunteer physician recruiter for free clinics across the nation. He serves as vice president of the Consumers Council of Missouri.

Dr. Weisbart has had several articles published in both national medical journals and local media outlets regarding the health care needs of the uninsured.

Dr. Susan Rogers, immediate past president of Physicians for a National Health Program, is recently retired from Stroger Hospital of Cook County, but continues as a volunteer attending hospitalist and internist there. While at Stroger Hospital, she was co-director of medical student programs for the Department of Medicine and received numerous teaching awards from medical students and residents. She is an Assistant Professor of Medicine at Rush University, where she continues to be an active member of the Committee of Admissions.

Dr. Rogers received her medical degree from the University of Illinois College of Medicine and completed her residency at Cook County Hospital, where she served an additional year as Chief Resident. She is a national board member of Physicians for a National Health Program and a past co-president of Health Care for All Illinois. She previously was Medical Director of the Near North Health Service Corp, a FQHC in Chicago, and remained on their board for many years after she left her directorship there. Dr. Rogers is a Fellow of the American College of Physicians, and a member of the National Medical Association. 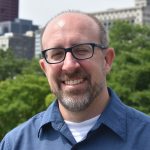 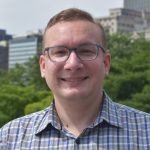 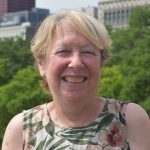 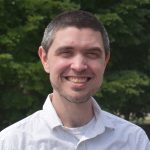 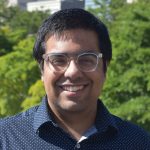