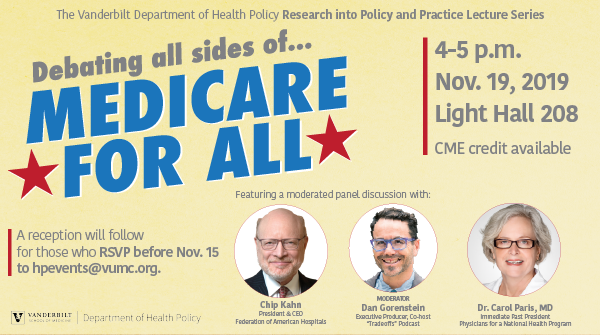 Archival video of the debate can be viewed here. Dr. Paris’ prepared remarks are as follows:

Medicare for All achieves the goal of universal coverage. It builds on the concept of Medicare, but it vastly improves the coverage. It includes all medically necessary care and is lifelong and seamless. It allows free choice of doctor and hospital. And it gives Americans the freedom to switch jobs, go back to school or launch new businesses because insurance would no longer be tied to employment. Premiums, co-pays, deductibles, and unpredictable and frightening medical bills would be eliminated. No one ever goes bankrupt again because of medical debt, hospitals no longer send patients to collections court for their follow-up appointment.

Commercial insurance, with its mind-numbing bureaucracy, adds administrative costs to hospitals, businesses and medical practices, too. Duke University’s 3 hospitals have 957 beds and 1600 billing clerks! Businesses divert wage increases year after year to cover their share of health insurance premiums for plans that get skimpier and more costly each year. It costs medical practices $99,000 dollars per year per physician just to keep track of billing, pre-authorizations, and insurance company denials.

Expanding commercial insurance could conceivably achieve universal coverage but is that what we want more of? With commercial insurance, your plan can change on a yearly basis, along with your plan’s benefits. What’s the plan this year? A PPO, an HMO, an HSA? If that isn’t baffling enough, you also have to figure out how to budget for the new year’s deductible which is always higher than the year before; you have to figure which providers and hospitals are in your new network, so forget about keeping your doctor unless you want to incur out-of-network costs. What are your prescription meds going to cost this year? And if you are unlucky and have to risk a visit to the ER or worse, require hospitalization, there’s no telling what that will cost.

Sadly, we’ve grown numb to this yearly exercise in frustration and don’t know that in other countries, like NZ where I lived and practiced medicine for a year, people don’t even know what networks, deductibles, co-pays, or co-insurance even mean.

All this complexity exists for a reason. Commercial insurance companies have to make a profit and they can only remain profitable by avoiding risk. Before the ACA, they would just refuse to insure you but now that they can’t overtly deny care based on pre-existing conditions, they have to find covert ways of doing this.

We spend twice as much for healthcare as other developed countries because healthcare has become the most profitable and administratively complex industry in the United States. Every dollar we save enacting Medicare for All is coming out of  one of these industry’s income and those powerful vested interests have launched a multi-million dollar messaging campaign of fear, uncertainty and doubt to stop Medicare for All dead in its tracks.

For your sake and mine, I hope they aren’t successful.

Q1: Why do you believe the approach you have suggested is best, specifically?

Q2: What is the worst-case scenario that could happen for your approach? In other words, what is the tradeoff?

My greatest fear and worst-case scenario is that we pass M4A legislation without simultaneously passing sweeping anti-corruption reforms targeting the dark money and influence-peddling that is business as usual in Washington.

The health care industry alone spent 4.7 billion dollars in the last decade protecting their profits from any legislation that could affect their bottom line. It worked. There was no public option in the ACA, was there?

Today, their new front group, the Partnership for America’s Healthcare Future, is poised to torpedo Medicare for All in this election and the public option, along with it. They have the money and lobbying influence to do it.

But if by chance, M4A should become law without simultaneously fixing and protecting our Democracy from the lobbyists and their money, they will simply shift their focus to undermining and weakening the law’s regulations and tie the regulatory agencies up in endless legal challenges.

Thanks, in large part to the ACA, the government has become commercial insurer’s new cash cow. No wonder they want to expand it while simultaneously destroying Medicare for All.

Marketplace subsidies and Medicaid expansion, which is 85% Medicaid Managed Care Plans, represents a growing percentage of their profits, even as their profits in the private market dwindle.

So their two-pronged plan is to both forestall Medicare for All while expanding their profits at federal and state government’s expense.

Q3: Most experts are projecting that significant tax increases would be required to fund a M4A plan. Raising taxes can cause a visceral reaction in people, particularly conservative folks. How do we get the skeptics to see the value of raising their taxes to improve health care?

In an open letter to the Congress, dated May 2019, 247 economists endorsed both the House and Senate Single Payer/Medicare for All bills stating: “The time is now for Medicare for All.”

The media is more than willing to talk about the taxes associated with financing Medicare for All but seems unable or unwilling to include the more salient point: that the money we spend on premiums, co-pays and deductibles is a tax; a regressive tax. This money comes directly out of people’s paychecks, and is often mandatory. That sounds like a tax to me. Let’s be honest and say that Medicare for All simply replaces our current regressive tax with a smaller, progressive tax that has the net effect of saving the majority of Americans money.

In spite of the fact that reporters and the media parrot the industry’s “preferred language” on Medicare for All, using phrases like “one-size-fits-all healthcare” and “government takeover of health care,” and the all-important emphasis on “raising taxes,” the people I talk to, especially young adults, tell me they would welcome paying slightly more in taxes if it meant they could have the peace of mind of knowing they could get the health care they need when they need it without fear of destroying their savings, incurring debt or even facing bankruptcy.

I think conservative folks could be just as persuaded as liberal folks if they knew this plan would leave more money in their pockets, money they could spend or save as they choose.

We can’t outspend the opposition, but we can do a better job of framing our message in language that resonates with our conservative friends and family members. “Healthcare is a common good”; “it is in my best interest for you to have good health care”; “no one should die before their time”; “I don’t want an insurance company taking away my right to choose the doctor I see or the hospital I turn to when I’m sick.”

As my friend, Kristen Grimm, founder of Mothers for Medicare for All, tells me: No one walks into an Emergency Department with a sick child at 3:00 a.m. as a liberal or a conservative. They walk in as a parent, worried about getting care for their child. But only in the United States, the wealthiest country in the world, does that same parent have a second worry: is walking through this Emergency Department door going to throw our family into a financial hole that could take years to climb out of? 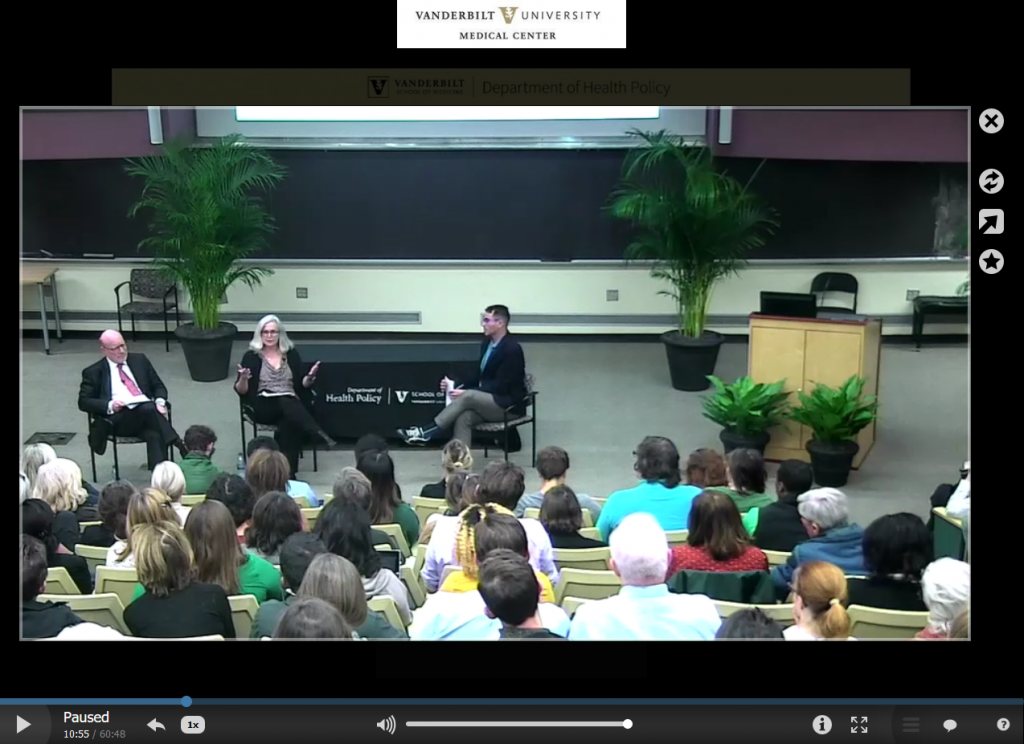