Summary: New research with vital statistics data finds that since 1990 overall US mortality has increasingly worsened compared with other OECD countries, in poorer and richer geographic areas alike. The differences attenuate after age 65, when Medicare eligibility begins. The toll for Black Americans is worse, despite gains. These findings suggest that insurance shortfalls lead to hundreds of thousands of excess deaths per year.

Inequality In Mortality Between Black and White Americans By Age, Place, and Cause, and In Comparison To Europe, 1990-2018, NBER Working Paper No. 29203, September 2021, by Hannes Schwandt et al.

Life expectancy for both Black and White Americans plateaued or slightly declined after 2012, but this stalling was most evident among Black Americans even prior to the COVID-19 pandemic. 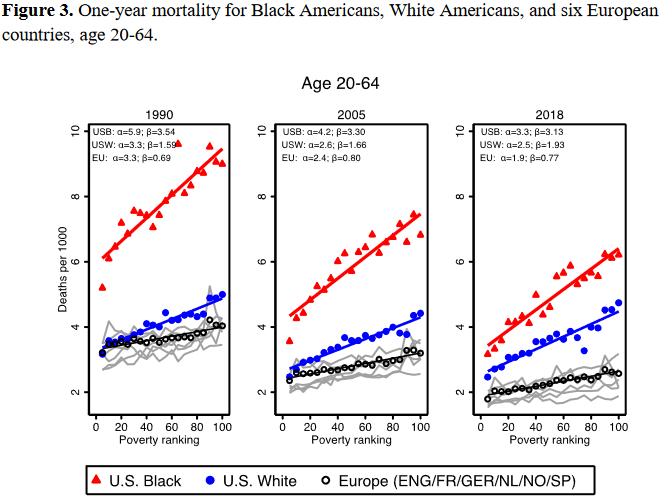 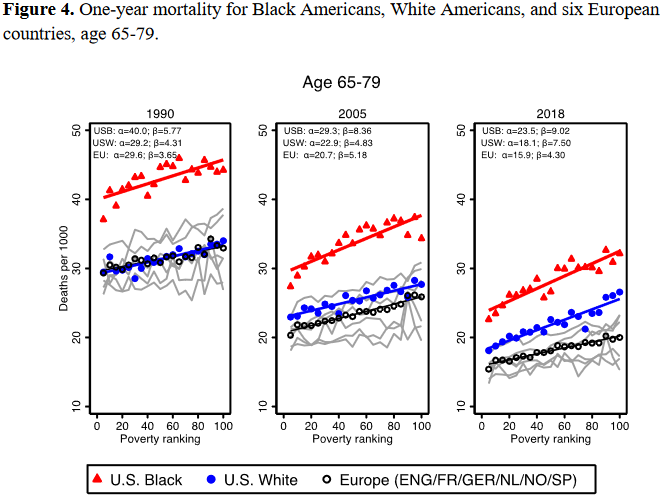